It’s been just over a week since the last school shooting in the United States took place. This time the school was in Santa Fe, Texas, a community of 13,000 located about 30 miles southeast of the Houston, Texas area. The shooter was able to get a gun into the school where he killed 8 students and 2 teachers. In addition to those killed, the shooter also injured another 13 people during the rampage. He had intended on killing himself, but later told police he was unable to get up the courage to take his own life. Police also located explosives in the school and surrounding area that were owned by the shooter, who is now charged with the murders. The shooting occurred just a little over 3 months since the previous one in Parkland, Florida, which claimed the lives of 17 people and surpassed the Columbine shootings as the worst school shooting in American history. The shootings in Florida opened a great deal of debate on gun control and implementing stricter rules regarding the purchase and ownership of firearms. It’s not too likely that such a debate will become as prevalent after the shootings in Texas given that it is an open carry state that seems to favor gun ownership.

Exactly a week after the shootings in Santa Fe, Texas, there was another school shooting, this time in Noblesville, Indiana where an adult and student were injured. Although no one was killed during the incident in Noblesville, there are still questions surrounding the ability of someone to get a gun onto the school campus for trying to kill or injure others. This latest shooting in Indiana amounts to the 21st in the United States in 2018. How is it even possible that there have been over 20 school shootings this year and there is no push to get legislation in place regarding the purchase and use of firearms. One would think with that number of school shootings that the government would be falling over itself trying to come up with a solution to the growing problem. While government officials are sitting on their hands hoping that the problems will somehow resolve themselves, the body counts are getting ever higher, and students are dying in a place they should never have a concern about such things; in their schools. You must wonder with the amount of people killed each year in the United States through gun violence when they’re going to stop using an amendment that was written over 200 years ago as an excuse not to do something about the number of guns in the hands of its citizens. With over 70,000 people dying each year by guns, clearly the 2nd Amendment isn’t helping and can be directly attributed to the death of many innocent people each year.

If you look at the rate of gun ownership in the various countries compared to the United States, the numbers are significantly different as well. In Canada, gun ownership is rated at 25.33 guns per 100 inhabitants and in Australia that number is much lower at 13.7 per 100 inhabitants. In the United States that number is a staggering 101.05 guns per 100 inhabitants. Clearly, the less guns there are the less people are hurt or killed by them. Why the United States government keeps falling back on the 2nd Amendment as the reason they can’t do anything about the number of guns in the population makes no sense. Other laws and amendments are changed to deal with changes in demographics and technology, but when it comes to guns, they seem to be off limits and untouchable. American politicians are using an amendment that was written in 1791 to justify the right for its citizens to bear arms more than 200 years later. I’m certain when the 2nd Amendment was being written that automatic rifles weren’t in existence yet or even a firearm that could have been imagined at that time. Why would anyone outside of the military need to own an assault rifle? They aren’t any good for hunting and the very name of the firearm type makes it clear what it’s best used for; participating in an assault. 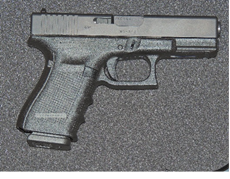 When people can purchase and carry a firearm on their person whenever the feel the need to, the possibility of things going wrong is going to increase. I can understand the thought process that people should be able to protect themselves and their property, but if everyone is carrying a gun, when an opportunity arises, having access to a firearm can make the difference between life and death for any reason, trivial or not. Handguns serve only one purpose and that is close quarters combat. You don’t use a handgun to go deer or moose hunting unless you intend to be within a few yards of one. How many people who have hand guns in their homes for protection have resulted in wrongful deaths or injury when a shooting occurs that is not the result of an unwelcome guest entering the home. And how many children are killed each year who can access these handguns and unknowingly discharge the weapon towards themselves or someone else in the home? When compared with 22 other high-income nations, the United States has a gun murder rate that is 25 times higher and despite having half the population of those other 22 countries, the United States had 82 per cent of the combined total of gun deaths. If that isn’t troubling to people, it should be. Until the United States implements some form of gun control, the gun related violence will continue and probably increase with the rise of gangs and other organized crime elements taking hold almost everywhere. It’s time for politicians to speak up and implement change when it comes to gun violence. While the politicians in the United States keep citing the 2nd Amendment as the reason why they are unable to implement gun control laws, the rest of the world looks on and scratches its head wondering why the self-proclaimed greatest country on earth can’t implement change that many countries a fraction of their size have recognized as a necessary actionable. As I said earlier, gun control isn’t perfect, but it seems to be doing much better in other countries than the controls in place in the United States that are based on an amendment to its Civil Rights Bill that was written way back in 1791, long before semi-automatic Glocks and fully automatic AR-15 assault rifles became commonplace and the right for every American citizen to own.