Normal Weather for Ottawa in the Winter


I’m sitting here and watching the snow fall outside. After enjoying a warm weekend for January, where the snow was melting, and I could walk the dog without his feet freezing, we are getting dumped on with snow again. We’ve had some extremely cold weather this winter unlike anything we’ve seen in several years. I have lived in many places in Canada, but Ottawa is by far the worst place I lived for the frequency of freezing rain each winter. Other places I lived we rarely saw freezing rain. When I lived in Timmins, Ontario, I think we saw freezing rain once in the 13 years I lived there.

Not Weather for a Pet


This is out first winter with our new dog and I was hoping I would have a walking companion for the winter, but with the cold temperatures, walking outside with him wasn’t possible. Many years ago, I had a Siberian Husky when living in Thompson, Manitoba and she was fine being outside in -40C during the winter. But now we have a Beagle and he isn’t built for cold weather with his short coat. His feet are also not good in the cold and below -10C he can’t walk outside for more than 10 minutes and even then, he is often bringing one leg up to keep it warm. 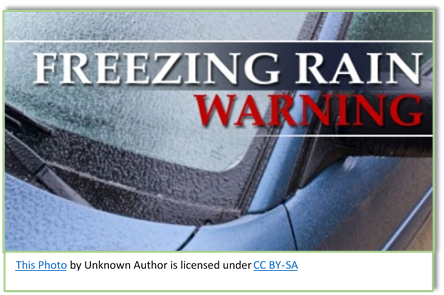 I just came back from outside with the dog and it’s now freezing rain coming down. Here in Ottawa the City does a fairly good job of clearing the streets of snow and spreading salt to melt away some of the freezing rain. But when the freezing rain and snow are coming down as fast as it is now, they often have a hard time keeping up. And there are those people who don’t seem able to read the signs the snow removal crews leave at the side of the roads specifying the dates they will be removing snow and parking will not be permitted at that time. I could probably walk down the block now and there will be car after car parked on the streets in front of the signs indicating no parking in effect. I don’t know why the city doesn’t just call tow trucks and have the cars towed away that are parked illegally during snow removal, but they don’t, and I think people know that if there are lots of cars on the street that the towing companies just don’t have the resources to remove all of them. We are then left with streets that can no longer fit two cars because one of the lanes is filled with snow that was left because the parked cars didn’t allow the snow removal crews to remove snow up to the curb on both sides of the street.


Tomorrow morning, we can look forward to all the drivers on the road that have forgotten how to drive in fresh snow from the last time it fell. I don’t know why there are so many people out there who can’t seem to drive in snow. Many of them are driving all-wheel drive vehicles and they still drive at less than half the speed limit and 20 car lengths behind the vehicle in front of them, which they can’t see because it’s so far away. I can understand slowing down for conditions, but then there are those that are overly cautious and cause frustration in other drivers who don’t have the time or the patience to drive at a snail’s pace on roads that are essentially clear except for some buildup on the edges that was left from the snow removal crews. And these same drivers will have forgotten the lessons learned from this snowfall when the next one comes in a few days or weeks from now. The police claim that most accidents are caused in such weather due to people being aggressive on the road, but when people are crawling along when conditions allow them to drive at the posted limits as the roads have been cleared and the ice removed, people being overly cautious causes the aggression due to frustration in other drivers. If people aren’t comfortable driving in snow and ice as we have here in Canada every winter, then they should look for alternative ways to get around, like by bus or taxi, and save themselves the anxiety of driving in adverse conditions. I’ve seen some people who have a death grip on the steering wheel and look terrified driving when snow is falling. Winter driving requires a degree of skill and experience and someone who can remain relaxed while driving as being tense isn’t going to help keep others safe on the road.

Hours Lost on the Road


Let’s hope that we have an early spring as I am ready for winter to come to an end. I’ve lost many hours on the roads this winter following people on the highway driving half the posted speed limit with both hands on the wheel and a look of terror on their faces when I see them in the rear-view mirror as I go sailing past them when I’m able to pass them. Some of them are driving in the middle of the road occupying both lanes and only move into their lane when a vehicle is coming from the opposite direction and that type of caution isn’t going to cause accidents. I must be on the road early tomorrow morning and drive about 200 kilometers on the highway. I’m sure I will see several vehicles off the road and many people that are so frightened of the weather they will be holding traffic up behind them for kilometers and really should have stayed at home. People who don’t have to be somewhere should heed the advice of the police and stay off the roads. This warning should also include those who are made nervous by falling snow and freezing rain as nervous and tense drivers only make things more frustrating for other drivers on the road.

The Downside of the #MeToo Movement