So here we are. Another year has gone past and we are now into a new one. As well, we are also into a new decade and I for one hope that this one will be somewhat better than the last. As for 2020, I am hoping that it’s better than 2019 was. I am hoping that I can get more done this year than I did last as I wasn’t feeling well for much of the year and could not attribute to what was causing me to feel sick all the time. Even during the Christmas season of 2018, I wasn’t feeling well and was just always nauseous and tired. I have suffered from several digestive issues over the years and not following the diet that I was given years ago could possibly be the issue. During the past year, I would have good days, but mostly bad days. I continued to go out walking everyday and missed very few days during the year, but often, the walks didn’t help much, and I was still feeling bad. Coming into this past Christmas season, every time I had something to eat, I felt bad, often having to spend most of the day afterwards in bed. 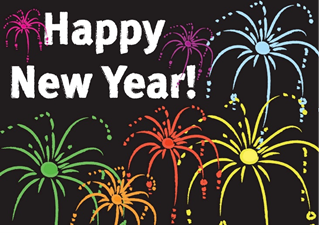 Many years ago, I went through something very similar and was diagnosed with diverticulitis, which is no fun. Clearly, genetics has much to do with digestive illnesses as I have sisters with Crohn’s disease which required surgery and lots of medications. When I had my bout of diverticulitis, I was prescribed the steroid Prednisone, which helped and resolved the issue in a relatively short time. I am hoping this time around that I can resolve the issues by changing my diet and giving my digestive system a break and be very careful what I eat. I’m currently reading the book The Plant Paradox by Steven R Gundry, a heart surgeon who has also been researching diet for many years and believes that many of us get to feeling bad due to basically poisoning ourselves with the foods we eat. I still remember when the specialist I was seeing back in the 1990’s handed me the printout of the foods I could eat going forward and asking him if he was serious. The sheet of paper he gave me wasn’t even half full of items and contained maybe 20 different things I could eat. I thought it was ridiculous back then, but feeling like I have been the last year, I should have followed that diet.

Out with the Pills

After reading a little of the book by Steven Gundry, I shot ahead before getting to the food plan and tossed away some of my prescription drugs. The day after doing so, I felt fantastic and that continued for a few days, and then my guts felt like they were rotting from the inside and I couldn’t eat anything without getting extremely sick. Instead of taking my prescribed stomach medication, I opted for calcium carbonate tablets; the ultra-strength 1000 mg ones. I’m not sure why the bottle recommends no more than 8 per day, as just 4 per day will back you up and make it feel like you have cement moving through your intestines. I lasted about 2 weeks before I had to go to the pharmacy and renew my prescription for my stomach medications. It’s now been 3 days since I started taking my stomach meds again and I am starting to feel better, but far from 100 percent. So, going forward I will have to finish reading the book and follow the plan in it to see if it will help. At this point, it’s a protein and fruit smoothie for breakfast with a piece of toast and honey and then nothing but fruit until dinner time. For dinner, it’s scrambled eggs and toast with some jam and drinking lots of herbal tea during the day.

I’m not sure if the diet will work, but anything is worth a try. I’m fairly certain that my issues are with diet as there are days when I feel good and have tons of energy, but those days are getting few and far between. There are days when I eat or have something that makes me feel extremely ill within a short time. On those days, it seems like it takes much longer to recover than it used to. One of those things is coffee and if I have a cup after going without for several months, no problem. But if I keep drinking it for a few days, it comes back to bite me in the ass. It used to be that I would be sick for the afternoon, but now it takes days before I start feeling better. The same day that I started back on my stomach medication, I felt a bad cold coming on with a sore throat along with sinus and chest congestion. I thought that taking some Tylenol Cold and Flu would be a good idea as we were going to my niece’s place on Saturday for dinner and to celebrate our Christmas. Really bad idea as I felt like dying by the time dinner was served and then I was being questioned as to why I was eating such tiny portions. It took everything not to throw up on my plate with the way my guts were convulsing. I wasn’t sure what was causing me to feel so bad as I have taking cold and flu medication before without any issues and I was feeling very sick before I had eaten any dinner. That night once we were back home, I took another dose of the cold and flu medication and there was no doubt that it was causing the issues. Almost 2 days later without taking any more cold and flu medication, I am still not feeling well, and my guts hurt.

I am hoping to start posting more and I am hoping that this diet will help me start feeling better after I start it. I must start feeling a bit better before I start on a new diet as the preparation for it involves some fasting and I want to have enough strength before starting that portion. I have a couple more websites I want to get going and it will require feeling better to take on such a task as it will require a lot of hours sitting at a desk and working. Hopefully, everyone had a good Christmas holiday and start to the new year and decade. I will post on how the diet works once I am fully into it and whether it helps or not as the claims are in the book.