With the impending legalization of marijuana this coming summer, many businesses and people are starting to anticipate how this change of law may affect them. It is still unknown how the marijuana will be distributed or how it will impact current laws like impaired driving. Ontario landlords are anticipating problems with the legalization and hoping they will be able to ban the use of marijuana in properties they rent out. I can see where there will be problems with buildings that share a ventilation system and how the smell will be distributed to multiple units. Many townhomes or row-houses may be separated with brick or cement walls, but they often share a single roof which serves to ventilate all the units. Someone smoking pot in one unit may be sharing their smoke with every other unit in the building.

The Smell of Smoke

Where we currently live, if someone smokes pot or even cigarettes in a unit that is attached to our townhome, we can smell the smoke. If the smoke is coming from the unit next door, the smells can be especially strong. For my wife, she gets migraines from the smell of pot and especially skunk weed. For myself, cigarette smoke gives me an instant headache and that has been the case since I quit smoking over 20 years ago. I’m not sure how the legislation would work for landlords, but I believe they have the right to protect their tenants and ban smoking on their properties. We have had the dangers of smoke and second-hand smoke hammered into us through various forms of media for many years now, so the government should be taking steps to ensure those who do not want to be subjected to second-hand smoke can live with their choice.


Of course, if the legislation is passed that allows landlords to ban pot smoking on their properties, how would you enforce such and how would you be able to prove where the smoke is coming from if the person is smoking behind closed doors in their residence? With current laws regarding the landlord being able to enter a unit, a landlord simply can’t just walk in to see if someone is smoking pot in one of their units. And what about those who have a medical prescription to use pot as part of their treatment program? Would landlords be able to get legislation that states those who want to smoke pot must do so outside their units or off the property altogether? Now that smoking on hospital property has been made illegal, we can expect many more properties to ban smoking on their properties as well in the near future, an action I applaud. Preventing someone from smoking on your property looks like it will be a difficult endeavour and there will be many variables to work through should any type of legislation be tabled, and much thought put into enforcement of such laws.


There are several questions many have regarding the changing laws surrounding marijuana use that will be coming into effect this summer. But I for one think the government should put some thought into the smoke that will be distributed in shared buildings. We now ban smoking in most public and government buildings as well as hospital properties. This can be expanded to include all buildings including residences with multiple units. There was talk not long ago about banning smoking in private vehicles, so doing so in shared residences would be a step in the right direction and help protect those who don’t smoke from inhaling second-hand smoke. Most often, those who are inhaling second-hand smoke are not given any choice and must literally suck it up. It doesn’t seem to be so long ago that everyone kept ashtrays in their houses should someone come to visit who smoked. Back then most people never stopped anyone from smoking in their homes and it was considered an acceptable practice to smoke. Times have changed, and we are no longer expected to keep ashtrays in our home should a visitor be a smoker. It is also acceptable now to tell someone you don’t want them to smoke in your home or even in your presence for that matter. When it comes to second-hand smoke, it should not matter if it comes from cigarettes or marijuana, everyone should have the right to not be subjected to it.

Smoke ‘Em if You Got ‘Em


I personally don’t care if someone wants to purchase and smoke pot or how much they want to smoke, as long as I don’t have to be subjected to the second-hand smoke and they aren’t doing something like getting behind the wheel of a car when they are under the influence. Just like there are those who think they drive better after a few drinks, there are those who think they drive better after a couple joints or bowls of pot. Being under the influence of alcohol or marijuana makes you unable to operate a motor vehicle safely and make sound decisions or exercise proper judgement. How they plan on testing for impaired driving for those using marijuana is still unclear, but they will have to come up with something before the laws are changed.

What do you think about landlords wanting to ban pot smoke from their properties? Let me know in the comments section. 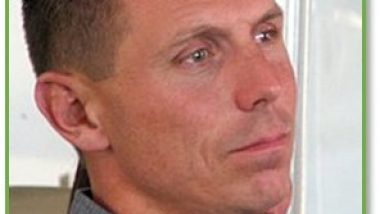