A Rock Icon Passes On


I know that it’s been some time since his passing, but I was saddened when I learned that Kenny Shields had passed away last July. For those that don’t know who Kenny Shields is, he was the singer for the Canadian rock band Streetheart. There are some who say that Kenny had the best voice in rock at the time Streetheart blasted onto the scene in the 1970’s with their debut album. They had many of their own compositions, but may be more well known for their rendition of the Rolling Stones hit “Under My Thumb”. I have always considered the version done by Streetheart to be much better than the original done by the Rolling Stones 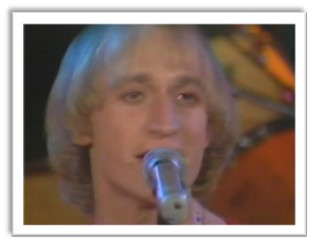 I was able to see Kenny perform live several times with his band Streetheart and he was an excellent showman. There are many who think the glove on one hand is a thing started by Michael Jackson, but Kenny Shields was doing it years before. Check out this video of Streetheart performing in Winnipeg in 1979 and look for the glove worn on only one hand by Kenny. The video was shot by the CBC and was taken in the St. Vital Hotel, which I believe is still running today.


For most Canadians who were listening to rock radio in the 1970’s, you were aware of how successful Streetheart was in the Canadian market. For whatever reason, the band didn’t seem to be able to break out of the Canadian market into others, especially south of the border in the United States. They managed to fill arenas in their home country, but were unknowns elsewhere it seemed. The band did tour with well known American bands and even toured with AC/DC, but couldn’t seem to crack the American market. I always thought the band should have done much better than it did and had music that would have been accepted anywhere. The band did put out several records before members left for other bands, most notably the band Loverboy. The band officially broke up in 1983, but did come back together in 1999 and continued to play shows until Kenny’s death on July 21, 2017.


Another piece of my youth is gone with the passing of Kenny Shields. I still listen to many of the band’s recordings on Spotify as the music is still as relevant today as it was back in 1977. Kenny was one of the few vocalists whose voice seemed to defy time. Hearing him on one of his last shows, he was still able to belt out the tunes and hit many of the notes he did when he was in his prime. One of my favorite albums is still the Streetheart debut album, “Meanwhile Back in Paris” from 1978. It instills the fact that we’re all getting older and there’s no such thing as turning back time. Kenny was one of my favorite singers and now he’s gone, like so many others from my youth.