Surviving and Striving To Make It One More Day

It’s been a while, and I should start by stating I haven’t written anything since May of this year. At least it’s something I wrote in 2020 and I can say that I have written something since 2019, despite it not being much or that good. It was a tough year for the most part, and not just because of Covid-19, which has been a bitch, to say the least, but I have survived so far and I’m still here to talk about it.

My stomach was causing me a lot of problems at the beginning of the year and I lost 40 pounds in the first three months as I just had no appetite. I was still getting around and moving, but most days I had to force myself to do so. I still had to take my dog Sunny out for his walks every day, despite feeling nauseous and tired, as he wasn’t going to let me sit and do nothing.

I know many people would be very happy to have lost 40 pounds in such a short time, but trust me when I say it isn’t as good as it sounds. Along with the fat, which I did have, I also lost a great deal of muscle and that wasn’t a good thing as I could feel my strength fading away almost daily. Along with the fading strength, there was the extreme fatigue which required that I force myself to do even the simplest of tasks. I was definitely concerned and that was taking a toll on me as well and making matters worse overall.

The Chaos Begins on March 10th

I still remember the date of March 10th as it was a very bad day for me and my wife. I remember waking up that day knowing I had to get things going as we had a very important doctor’s appointment that morning. I had a list of items I was going to bring to my doctor, who was actually new and replacing our previous doctor of 20 years who retired at the end of 2019. This was the first visit we were going to have with his replacement and we were excited to finally getting to meet her. When I took our dog outside to do his business, the shit show began. I noticed that one of the tires on our SUV was flat, which wasn’t something I needed with a doctor’s appointment just 2 hours away with a 45-minute drive to get there. To make matters worse, it was snowing lightly which was going to make the drive even longer. Upon looking closer, it became apparent that it wasn’t just the one tire that was flat, but all four tires had been slashed. There was no time to be angry as we had to figure out how we were going to make it to the doctor’s office as this was an appointment we could not miss. It took some doing, but we managed to find transportation to the doctor’s office and make it there on time.

Blame it on the Neighbors

We are fairly certain that one of our neighbors was responsible for the slashed tires. The day before, there was an area walk scheduled with our community association. At the last minute, my wife and I were asked to go along as we both happened to be home. Living in a cooperative housing complex, we are both on committees and my wife is president of the board. I happen to be the sole member on the safety and security committee, but this particular neighbor has no way of knowing such. But because I am aware of the area lighting configuration, I was asked to attend on the walk. In any case, near the completion of our walk, this neighbor came out of his house and started arguing and berating two of the women on the community association. Nobody responded to his comments and we just took his comments as his anger towards the community association members. The next morning, we found our tires slashed as well as our neighbour’s. Our neighbour had just purchased his car the week before and wasn’t happy to have to replace tires on his new vehicle that didn’t even have 250 kilometers on it yet. The neighbour we suspected to be involved in the slashed tires didn’t actually do the job himself, but had his girlfriend do it. We had her on video coming onto the property, but unfortunately, the cameras were not aimed at the driveways and did not capture the actual event, which police were clear to point out was necessary. The police did acknowledge that the suspected neighbour was well known to them and they had little doubt of his involvement. We also had this suspected perpetrator on video climbing through the neighbor’s bedroom window in August, 2020. This was rather disturbing as the woman is in her 30’s and the neighbor looks to be in his late 50’s or early 60’s. I could be wrong on both counts as they appear to be heavy smokers. In any case, the bedroom window incident took place in front of several young children, many under the age of 12. I’m certain they had some questions for their parents on what they saw occur.

What’s That I See

The same afternoon of the tire incident, I saw the neighbor talking to a younger guy and pointing to our coop property. He then handed the young guy something that was clearly fluorescent orange in color. From my experience, this color is most often used for tools or hunting implements, like knives so they can be easily seen. The young guy made his way onto the property with whatever he was holding hidden behind his back. After what had occurred the night before and hearing the neighbor lie about his involvement to the police, I wasn’t about to let this new person inflict more damage. Earlier, when the police were questioning the neighbor, he told them who within our coop had their tires slashed as well another person who was parked on the street and had two of their tires slashed. Of course, the neighbor was a victim as well with two of his tires slashed. Unlike everyone else, he was able to put air in his tires and drive away after the police left. Also, for someone who claims he wasn’t involved, he had a lot of information to provide to the police and much of it could only be obtained if he was on the property. Camera files clearly showed he was not on the property and that there was no way he could have known the address and vehicle information he did.

Going back to the younger man who had something hidden behind his back, I called 911 and he was picked up just outside our exit with a weapon. I received a call from the Ottawa Police a couple of days after the incident and they verified he was carrying a weapon and believed he was there to slash more tires. All of this crap because someone didn’t like a couple of members from a community association who were doing an area inspection to find problems and suggest resolutions. It should also be noted that all these people were doing this on their own time as volunteers. It never fails to make me wonder why some people just don’t grow up.

Getting Sick and Covid-19

I could go on and on about this particular neighbor, but that would turn into a new blog. A week after this incident, we learned about the first new Covid-19 case in Ottawa. Prior to this announcement by Ottawa Health, I had been very sick and in bed for over a week with what I considered the worst case of pneumonia I had ever experienced. My wife had also been very sick as well as her best friend. At the time of the tire slashing incident, I recall being so weak at the time I had trouble standing up and couldn’t believe that I now had to deal with having to purchase 4 new tires and having to get them installed. At the time I was sick, I had antibiotics at home from a previous sinus infection and when I started feeling the issues going on in my chest, I suspected pneumonia and started taking those pills. Unfortunately, the antibiotics had little effect, so I had my wife call our doctor and get another course of stronger antibiotics, which also had no effect. In any case, I did eventually get better, but I have not come back to this date to how I was feeling before that illness. I remain tired all the time and I have trouble doing many tasks I was able to easily do before. My wife and her friend are also experiencing similar post-illness effects. Of the three of us who were sick, I would have to say it was my wife’s best friend who ended up being the worse. She was on having severe issues with breathing and also went through a couple of courses of antibiotics with no effect.

Life Goes On and Staying Safe

Life has been busy and tough up to now and we are now in the second wave of this pandemic and it looks like things are just going to get worse over the next weeks and months. I am hoping to get into some type of a schedule and get this and other websites up and running with steady content. I have been very frustrated and angry with some of the things I have been seeing over the course of this pandemic so far and I will definitely have some things to say on that issue as well as others. For now, however, I ask that everyone do what they must to stay safe and be cognizant in how you go about your daily activities to help alleviate the spread of this deadly virus. Each of us can have a direct benefit to the outcome regarding the spread and containment of Covid-19. 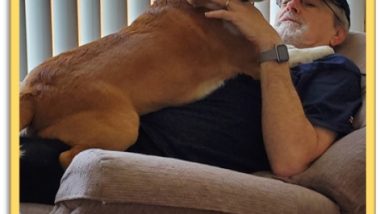