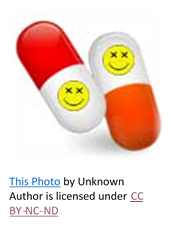 As most are aware, many cities in Canada are undergoing dramatic increases in opioid related deaths. Hardly a day passes by where we don’t hear about someone overdosing from opioids. The deaths are not the result of just street drugs such as heroin, but most often from drugs which are prescribed by doctors. Many of these prescriptions are written for patients who have legitimate reasons for taking such medication, such as those recovering from recent surgery or those who have chronic conditions such as cancer and require pain relief that cannot be resolved with drugs you buy over the counter at your local drugstore. There are also many chronic pain patients who are unable to function without some type of pain relief and this is often in the form of opioids prescribed by their family physician or a specialist. A certain number of opioid related deaths can be attributed to accidental overdose where the person may have forgotten the last dose they took or are unable to find relief and take more of the drug they were prescribed. The number of accidental overdose deaths is low in comparison to the overdose of those using the newer street drugs. Many of the overdose deaths now occurring can be attributed to certain street drugs that have been made with certain pharmaceutical drugs that have been added to make them more potent for the drug user. Much of the heroin now being distributed on the streets is being cut with Fentanyl to make it much stronger. Fentanyl is the most powerful opioid on the market and is generally prescribed to pain patients in the form of a skin patch which releases the medication at a given rate for 3 days before the patient needs to change their patch to a new one. In comparison to 10 milligrams of morphine, the amount of Fentanyl needed to equal the morphine dose is 50 micrograms or 5/100 of a milligram. A single milligram of Fentanyl will most likely kill a person as it is that potent.

I recall a story in Ottawa some time ago where teenagers were going through garbage to find used Fentanyl patches and then cutting them up and putting them under their tongues. It sounds extremely disgusting, but they were doing this, and many of them ended up in hospitals due to overdose. These were presumably Fentanyl patches that had all the medication in them used and were no longer working for the patient that was using them originally. That is the strength of Fentanyl and is a drug that must be used with extreme caution and exactly as prescribed. The biggest problem with the heroin being cut now with Fentanyl and being injected by so many users who are overdosing is that it is not pharmaceutical Fentanyl. The Fentanyl finding its way into the heroin of today is manufactured in makeshift labs much like methamphetamine or other street drugs. The Fentanyl being manufactured in these labs could be made with alternate chemicals to cut costs and in conditions most pharmaceutical manufacturers would never consider using. This Fentanyl is then making its way here and being cut into street drugs to make them more potent. The people doing the cutting most likely have no idea how much Fentanyl is too much and the street user is injecting this and gambling with their life. Given the strength of Fentanyl, if it’s not being cut into the heroin using an exact method to distribute it evenly, it could be in a single dose that is meant to be cut for 20 doses.

All the experts are now scrambling to find ways to stop the overdose epidemic and we now have injection sites opening in various cities across North America. The idea behind the injection centers is that they have Naloxone onsite and can treat a potential overdose victim and negate the effects of the opiates they have injected. I know that most of the public are against such sites as heroin is still an illegal drug and such injection sites are just providing a place for people to commit an illegal act. In the meantime, those patients who are taking opioids for short or long-term pain treatment are being told that their medications may be halted because of the epidemic we are now seeing with opioids and related overdoses. Most of these patients are taking their medications as prescribed and taking the necessary precautions to safe-guard those medications from getting into the wrong hands. To take what patients need to reach any level of functionality away because of a problem street addicts are facing seems immoral. We’re spending money to put up injection sites and staff them with people to help those who may overdose using an illegal drug at the forefront, while the terminal cancer patient who is enduring excruciating pain is going to have to tough it out because there is the potential the OxyNeo they are taking as prescribed may cause them to overdose or end up in the wrong hands.

What authorities and experts should be working to do to stop the overdose epidemic, is find where the illegally manufactured Fentanyl is coming from and get it out of the hands of drug dealers. When something is discovered that may help treat certain conditions, there is always the chance that others will find a way to exploit it. People see that Fentanyl can be mixed into heroin to make it much stronger and perhaps sell it at a higher price or make their kilo of heroin go much further, they’re going to exploit that opportunity. There is still a problem with those who are visiting multiple doctors to get prescriptions for opioids like Oxycontin and others, but most of those issues can be fixed with technology. Most patients are now in databases and their prescriptions monitored so they cannot go to another doctor and get another prescription. For those that may have problems remembering their medication schedules, most pharmacies now provide blister packs with the date and time on them for each dose of medication.

Most of these opioid overdoses occurring on the streets is due to drugs being manufactured in illegal labs and then being mixed into other drugs, such as heroin. Unless authorities can stop the illegal Fentanyl from entering or being manufactured in the country, they will never stop the overdoses. The drug dealers will never stop selling their products or cutting them with something that makes them stronger and sell for more money. There will always be businesses that are illegal and people will continue to exploit methods that put money in their pockets.

This Hurricane Season Hits with a Vengeance