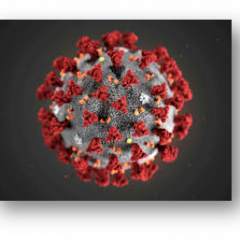 Corona Virus and Curfews This past Saturday, Quebecers had to start abiding by new curfew rules which meant they had to be in their homes by 8 pm. There were of course exceptions, but those are few and for the most part, this meant that once 8 pm rolled around on Saturday evening, cities within […]

All Lives Should Matter One would think that in the year 2020 and with the pandemic that has had us all with way too much time to think, that we would have come up with solutions to end the discrimination we have been plagued with since probably the beginning of time. We often hear of […]

A Lonely Month No doubt that many are in the same boat as me and have spent the better part of March at home away from friends and family. The issue that started in China several months ago managed to make its way to Canada and the rest of North America. I’m sure by now, […]

Closures Announced This past November, General Motors announced that it would be closing 5 plants in North America to shift focus to electric and autonomous vehicles. The announcement came as a shock to many, including employees of the plants now scheduled to close, and the union that supports those employees. Such an announcement can be […]

11th Hour Deal Well here we are at the beginning of a new month. It’s hard to believe that it is October already and this coming weekend is a Canadian Thanksgiving. I had a post all written and ready to publish last night concerning the North American Free Trade Agreement negotiations and that Canada had […]

Mass Shooting in Toronto Much like in the United States, Canada’s larger cities are starting to see much more gun violence than they saw even 5 years ago. Handguns are starting to be used more and more and the shooters are firing off rounds and not caring where they end up or who gets hurt […]

Search Idiot in Google Some may be wondering why this post has the title “Idiot” without any additional words or information to better define this post. I saw something online earlier this week concerning what comes up when you search the word “idiot” in Google. Most will probably not be surprised by the results when […]

Shooter Kills 10 In Texas It’s been just over a week since the last school shooting in the United States took place. This time the school was in Santa Fe, Texas, a community of 13,000 located about 30 miles southeast of the Houston, Texas area. The shooter was able to get a gun into the […]

Prince Harry Gets Hitched For all the royal watchers out there, this past weekend was one they have been waiting for. For those that aren’t royal watchers, Prince Harry married his long-time girlfriend, Meghan Markle. Personally, I have no idea what the fuss is all about as I have very little interest in the royal […]

Events of the Last Month I know it’s been awhile since I last posted anything. I was down with the flu for a couple weeks and then my wife and I took a little vacation to Las Vegas. It was the first time either of us has been there and we were able to time […]