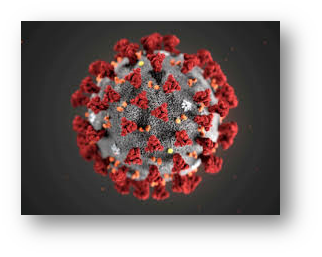 This past Saturday, Quebecers had to start abiding by new curfew rules which meant they had to be in their homes by 8 pm. There were of course exceptions, but those are few and for the most part, this meant that once 8 pm rolled around on Saturday evening, cities within the province should have looked much like ghost towns with very little movement being seen. With Covid-19 cases continuing to rise within the province, the Premiere had little choice but to make hard choices in helping combat the surge in cases the province was seeing. The week prior to the imposed curfew saw average daily cases in excess of 2,600 with a projected upward trend. Despite immunization efforts with new vaccines, most cities across Canada are seeing their caseloads increasing drastically, putting even more strains on health care systems that are in many cases, are already near or beyond capacities.

Heavy Police Presence to be Expected

Prior to the implementation of the curfew, it was noted that there would be an additional police presence in place to ensure citizens were abiding by the new rules and there would be fines in place for those who were not respecting those rules. Currently, the fines are set to start at $1,000 and can go as high as $6,000 with additional fees starting at $550. The government hopes that these fines will be a deterrent for those who intend to disobey the new rules and go outside their homes between 8 pm and 5 am. Of course, there are exceptions for those who must be outside their homes during the hours of the curfew, such as those who are frontline workers or employees of what is considered “essential services” or have valid medical reasons for being out, such as attending a medical appointment. For those who own dogs, they will also be allowed to take their dogs outside for walks to do their business, but they must remain within a 1 km radius of their homes.

First Night of the Curfew

As expected, there were a number of people who defied the curfew and went outside in protest. The Quebec police issued over 150 tickets on the first night of the curfew. A friend who lives in Gatineau, Quebec, which is across the Ottawa River adjacent to the nation’s capital of Ottawa, indicated that once 8 pm rolled around, there were still many cars out on the roads and that there were still restaurants open, such as McDonald’s, which according to the rules, should have been closed at 7:30 pm to allow for employees to make it home before the curfew time of 8 pm. Of course, there were a number of people out walking their dogs, and I have little doubt for those who live in Quebec, will be seeing many people outside doing just that.

Will the Curfew Work

At this point, I believe the government of Quebec made the right choice in imposing the current curfew, which is to last until February 8th, 2021. With the ever-increasing infection rates in Quebec, the onus was on the government to implement a strategy to combat the increasing numbers and get the infection rates under control and lower the burden on the health care systems. Having a brother who works as a registered nurse in Manitoba, it is apparent that frontline care workers are now overwhelmed and there are people out there that just don’t get it. It’s easy to sit back and say that this virus is only affecting a small segment of the population using the information you are getting online or through the local television and radio mediums while continuing to go about your day to day activities. Many of those people who are against masking or physical distancing would probably change their minds quickly if they were to walk into an ICU unit at any hospital with Covid-19 patients being cared for. Every bed these infected people are taking up is a bed that is now unavailable to someone who may need emergency surgery on their heart or in need of an organ transplant necessary to save their life. Immunization will help, but with current news indicating that this could take until September of 2021 to complete, that leaves a lot of time for this second wave of infections to work its way through the population and completely overwhelm the health care system and our frontline workers. As someone who has been waiting for almost a year for a procedure, my doctor has listed as “urgent”, I know how this pandemic is affecting those who need medical procedures done and are unable to have them scheduled because of the shortages this pandemic is putting on the health care system.

Let’s Work Together to End This

I hope that this curfew does work and that people will start taking this virus seriously if they aren’t already. This pandemic is hard on all of us, but saying you have had enough and are no longer able to follow the simple protocols health care professionals have put in place, is wrong. We live in a time where there are alternative methods one can utilize to connect with others virtually, keeping others safe. I know it isn’t the optimal way for socializing with relatives and friends, but for now, it’s what we have and is something those people who went through a similar pandemic with the Spanish Flu, didn’t have. Socializing virtually is also the safest alternative, as it’s estimated that as many as 40% of those infected with Covid-19 are asymptomatic. This pandemic will come to an end at some point and until then we can help end it sooner by following the advice of health professionals and doing what are relatively simple things, like social distancing, masking when that isn’t possible and washing your hands several times a day.

Happy New Year and Goodbye to 2020, You Really Sucked!