Happy New Year and Goodbye to 2020, You Really Sucked!

I will be turning 60 years old near the end of 2021 and I can say with absolute certainty that 2020 was the worst year I can remember. I’m sure for many, the sentiment will be the same and how could it not be. Almost everyone who pays attention to the media and the headlining news stories would have known that there was a virus wreaking havoc in China in the autumn of 2019. It wasn’t clear exactly what health professionals in that region of the world were dealing with and there was yet to be a name given to this potentially deadly variant of virus, but it was definitely an issue that had the World Health Organization concerned. Despite ever-increasing knowledge surrounding this deadly virus, there was no single method in how to deal with it and countries were scrambling on how to potentially deal with this microscopic threat once it crossed their borders. For 2021, we still have the virus to deal with and now we have updated information from other countries, such as Africa, that the virus has mutated and there is now a new variant, which currently developed vaccines which have recently begun being administered in several countries, may not work on this new variant. For myself, the question I have is why once this virus was identified, why it wasn’t better contained? Why did governments allow travel to continue from countries that were known to have the virus present and not put restrictions in place? Viruses are incapable of hopping on a plane and making their way to other countries, they need to do so through an infected host.

Watching the various news channels on television, it appears that the New Year is not going to be any better than the previous one. Sure, we now have vaccines that are being provided in some countries and they are said to be very effective, but we are now in the middle of the second wave and here in Canada, this wave is substantially worse than the first one. We are seeing infection rates skyrocketing almost daily with many provinces reporting new records on an almost daily basis. Governments are pleading with the public to follow social distancing and masking protocols, but with the Christmas holidays and pandemic fatigue amongst many being a real issue, most of those pleas are going into thin air with many people ignoring them. If they were following the protocols, infection rates would not be where they are at this time. For myself, I’m out daily walking my dog and there are many others doing the same. I do my best to remain away from others and I see many doing the same. There are, however, those people who don’t seem to care about the possibility of becoming infected or worse yet, infecting others and don’t even try to keep their distance. To even have a remote chance of flattening the curve, everyone has to do their part and follow the recommendations of the health professionals. I truly hope that the numbers coming out following the Christmas holiday will start to subside in the near future and that the vaccines will start having an effect in helping lower transmission rates. I do hope that we will see 2021 at some point become a better year than the last one was, I can’t see how it could be much worse. 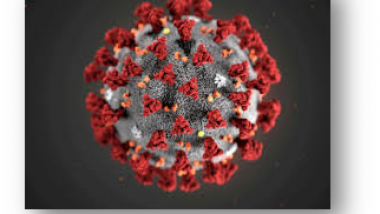