It’s been sometime since I last posted. I have been looking after a dog during the week that has been keeping me fairly busy as the dog has severe anxiety and can be very demanding. But I learned today that the owner is going to retire and will be moving out west come the end of July. Apparently, the dog was born out in that area of the country, so he will in a sense, be going back home and will be able to live out the rest of his life alongside his master. No doubt, it has been difficult for the dog having to come over to our house every weekday and spend the day with us, even though he had it very well when he was here. Before he started coming to our place, he was spending his days at another location with several other dogs, and that time was spent outside. My wife and I are both going to miss him, but I think the one who will miss him the most is our dog Sunny, who would get up in the morning and run to the door when his buddy was being dropped off for the day. Now that I am 60 years old, I think I have to start taking it slower as well and take care of me, as I’m not getting younger and my back and knees are only getting worse.

I have some domains I have been saving for some time, and just haven’t gotten around to developing, although I have had ideas on doing such for some time. One is going to be based on crime stories and will hopefully include a podcast. The other is going to be dedicated to music and learning guitar for those who, like myself are older and may have some health issues such as bad backs or other issues. I started learning guitar a few years ago as it was something I always wanted to do, but never seemed to have the time for. I have to say that it hasn’t been easy as I do have issues with my back, knees and also nerve damage in both hands, which also makes typing often difficult. Luckily, there are now technologies that allow you to dictate and have your words transcribed into text, although, I am typing this post on a keyboard. As I now have more time on my hands, I have to get back to working on websites and also on music, as that has always been a passion of mine. I would rather listen to music than watch a movie, and when I do watch a movie, I often pay close attention to the music and wonder how they made the sounds that they have. Over the last couple of years, I have built my own home studio and have all that I need to record music as well as podcasts. My wife expressed interest in doing podcasts with me, so I hope to start that in the near future as well as start a YouTube channel. I believe there are many people like myself who would be interested in learning to play a musical instrument or how to record music. Whether it be guitar or keyboards, learning to play music can be exciting and provide one with challenge as well. Not all of us will become virtuosos, but being able to play along to a song or for our families, can give one a sense of pride and accomplishment.

Over the coming months, I will continue to post on this website with my progress on the other things I am doing. 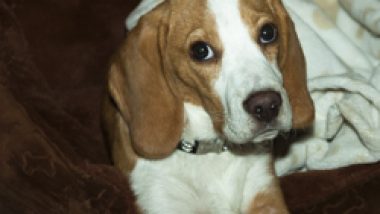