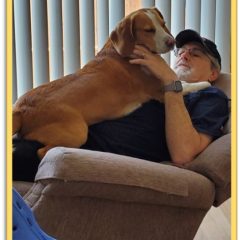 With this ongoing pandemic, I should have tons of time to get my blog going and writing content, but it seems to be the opposite for a few reasons.

A Lonely Month No doubt that many are in the same boat as me and have spent the better part of March at home away from friends and family. The issue that started in China several months ago managed to make its way to Canada and the rest of North America. I’m sure by now, […]

March is Finally Over

It’s been a long and tough March, and it seems like this Winter will never end.

SNC-Lavelin has been one of the prime subjects in the media lately. There are cries for Justin Trudeau to resign as Prime Minister. What next?

Winter driving in Ottawa can be stressful, but the city does a fairly good job of getting rid of the snow quickly.

Closures Announced This past November, General Motors announced that it would be closing 5 plants in North America to shift focus to electric and autonomous vehicles. The announcement came as a shock to many, including employees of the plants now scheduled to close, and the union that supports those employees. Such an announcement can be […]

Ringing in The New Year Well, 2019 has finally arrived and it’s time to get back to work and get things going again. This past holiday season, we decided to drive up to Timmins, Ontario where our daughter is now living. It was the first long trip we made with our dog Sunny and we […]

Once again, I slacked off and haven’t written anything in a couple of weeks. I have been down with the flu for the last week and haven’t had the energy to tackle much of the daily tasks, let alone getting in a few hours of writing. I did spend some time working on a website […]

Always do your research before starting a computer upgrade.

Getting Rid of Panhandlers

Crime in Ottawa No doubt if you live here in the nation’s capital of Ottawa, you have seen them on the main thoroughfares throughout the city. They walk up and down the medians and when the light turns red, they step out onto the roadway and walk from car to car with their Tim Horton’s […]