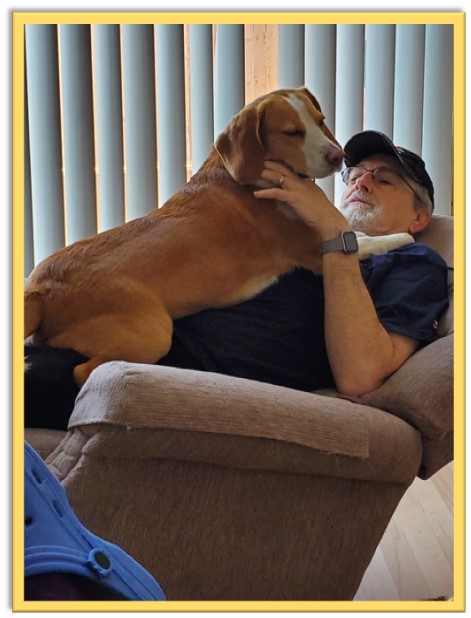 I know I typically come back to post an update with it starting that I intend to get back to doing more writing and producing more content going forward. It seems that life often gets in the way and things pop up that need my attention. I started a new diet back in January based on the book by Dr. Steven Gundry named The Plant Paradox, which I have to say I have been successful with. Since I started the diet back then, I have lost over 40 pounds, with my peak at 42 pounds. I have come back and gained a couple of pounds, but most of the weight dropped off within three months of starting the diet. I have more energy and my knee and back pain have lessened considerably, which was one of my main goals when starting the diet. Now that I have lost the weight, the goal is to maintain the loss and work on a new goal, which is getting my body fat down to

15% or less. I have a way to go to lose that 10%, but I have started lifting weights again and dusted off the exercise bike. I have also increased my daily walks and now take my dog for two long walks versus the one long morning walk we were doing previously. Feeling better and having more energy were worth the effort to lose the weight and now that it is gone, I have no intention of letting it come back. So, to put it into a time frame, I spend several hours a day walking outside with my dog Sunny, and I try to get in my weights 5 days a week and my exercise bike. And then there are my other activities.

I am not sure if I had mentioned it before, but I live in a Cooperative Housing complex. Because it is a Cooperative, there are some aspects that make it more attractive than other housing options. Rent is generally less than the market averages, so you can save a bit of money on that front. The screening process for prospective tenants is much more stringent and done by tenants who are on the board or a committee assigned by the board. Prospective tenants must undergo an interview process, and in the case of our coop, must also agree to a criminal record check and a financial records check. The downside is, tenants also must agree to donate four hours a month to the coop to take care of tasks normally done by a contractor, such as cutting the grass, cleaning the pavement, minor painting projects, planting flowers and shrubs, etc. With tenants taking on some of the tasks normally billed out in privately owned buildings, coops can cut costs and pass those savings onto the tenants. For myself, I have undertaken the task of overseeing the Safety and Security committee; unfortunately, I am now the only member of that committee. Being the lone member, meeting times have been cut back and there is little debate when decisions need to be made. I recently upgraded the cameras that were installed a few years back by a security company that were far too expensive and less than acceptable when it came to image resolution and file storage. I first got rid of the NVR and replaced it with a Windows 10 box, which after consideration seemed to be the best option if someone else had to take over the duties. I originally wanted to go the Linux route, but that would have been a nightmare for someone else if they did not know the Linux server system and how to administrate it. Last month, after we experienced some issues on the property, it became apparent we needed better cameras. I purchased 4 new cameras and installed and configured those. I am still tweaking the system to get optimal captures without the cameras recording constantly as the media files are large with the much higher resolutions as compared to the previous cameras. There is also the time involved in managing the system daily and checking the system every morning for the activities the previous overnight. So, we must take that into consideration when it comes to finding time to write.

A few years back, I decided I wanted to learn how to play guitar. I have since been trying to get in some practice at least 5 days a week and I try to get in an hour or two at each session. I am also working on learning how to read music as well as spending some time on keyboards and harmonica. Of course, once you start learning a musical instrument, especially guitar, many of us become gearheads and spend way too much time chasing that “tone” in our heads. That typically means that in addition to practice time, we have to devote time to looking at other items we may need to acquire that sought after tone, or other items that will make our practice and playing time more enjoyable. And of course, one cannot forget the guitars, as guitar players need to have more than one guitar and depending on the style or genre we want to specialize in, those can amount to several. At the very least we need an acoustic and an electric. Then of course, we need amplifiers, and if we intend to do gigs with the acoustic, we need an amplifier for that guitar as well. We also cannot forget that home studios are within the reach financially of most musicians these days, so we need to get the audio interfaces, the recording software and any plugins that will help us achieve that “tone” we are so desperately seeking. Music takes a big chunk of my time daily, but it is not something I am willing to give up.

Given all the time I spend on activities throughout the day, finding time to write consistently is hard to do, although I really do want to get that time in along with time to start a YouTube channel and also begin doing podcasts. I know I must rearrange my day and put specific timeframes to my activities. I also belong to a community association and one of the subcommittees that involves a couple of meetings a month. There is then the follow-up activities such as research and providing scheduled updates on various issues. I also want to learn how to speak French as the community association is bilingual and I also do the work on our coop website, which is bilingual. My wife is bilingual, so it should just be a matter of deciding to learn the language and putting in the effort to get it done. There are also online games I have paid for that I do not have the time to play, but which I would like to play. So clearly, the main thing I have got from writing this post, is that I need to work on my time management skills, and I need to get working on them starting now. Once I click post on this, I will be going on Amazon and checking for a good time management book. As I have mentioned before, I have severe spinal stenosis, and often being in severe pain does limit what I can accomplish in each timeframe. It will sometimes prevent me from moving from one task to another or may have me in bed for the rest of the day if I happen to tweak my back doing something in the morning. I am hoping that the weight training will help strengthen my back and knees, which in turn will allow me to get more done during the day. I have found with the weights and exercise bike now, I am often in too much pain to put in quality guitar practice, which I usually do at night. I should move around my activities to get my guitar practice in before the weights or exercise bike to limit the possibility of being too sore afterwards. But time management is my number one goal now followed by getting that body fat percentage down to 15%.

Surviving and Striving To Make It One More Day