Is the President Mentally Stable?

That’s the question often being asked regarding Donald Trump and some of the remarks he has made. It has been suggested recently that the new

American president Donald Trump is suffering from mental illness and some of his decisions are not those of a sane person. There have even been suggestions that his unravelling is grounds to consider invoking the 25th Amendment which would declare him unfit to fulfill his role as president.

What About Those Tweets

It seems hardly a day goes by we don’t see something on television regarding the tweets the president posts or hear about a speech or news bite he provides. Almost everyone heard about the button on his desk that launches nuclear weapons in response to a comment made by the leader of North Korea, Kim Jong-un. It’s some of these comments and behaviours that have politicians as well as psychiatrists concerned. Getting into word wars with another world leader that many believe is on the wrong side of sanity is troubling to say the least. I don’t think anyone was expecting to hear a sitting president state the button on his desk was bigger. What would cause anyone to say something so ridiculous? I can’t imagine hearing something like we’ve heard from Donald Trump coming from the previous president or from a past president like George Bush. Some thought that once Donald Trump became president, he would refrain from using his personal Twitter account (@realDonaldTrump), but that wasn’t to be. He continues to send out many messages, with Twitter seeming to be his favourite social networking application. But does what he say on Twitter or during some of the Town-hall meetings he holds make him mentally unstable?

Looking back to the days long before Donald Trump decided to run for president and become involved in the subsequent campaign, he was making comments that had many shaking their heads. When he announced that he would be running for president, I honestly thought that it was a marketing strategy to gain clients and customers for his businesses. After all, how better to gain the attention of those who may never have heard of you than to announce you are running for president? He had used various other platforms before, like television and radio, so why not politics. Who doesn’t remember the television show “The Apprentice” where the advertisements for the show had Donald stating time after time “you’re fired”? Hell, he even fired Gene Simmons who started from nothing in the USA, not even being able to speak English, to being one of the most recognized artists in the world. Gene Simmons probably was mastering the marketing field with the Kiss brand before Donald Trump knew what marketing was. I was somewhat surprised at some of the people Donald Trump let go with the repetitious “you’re fired” phrase on the show, but it was a platform that certainly put his name out there for those who didn’t already know who he was. When you look back at how he conducted himself during the show “The Apprentice”, not much has changed. He was fairly arrogant in that period as he is now and tried to give the impression that he is the best at everything and that he is doing people a favour when he interacts with them.

As I said earlier, when the announcement for running for president came about, I thought it was another marketing strategy and from what I saw during the campaign, that was what Donald Trump was treating it as also. I really don’t think he was planning on winning and once election night was over, it would be back to business as usual, but with the extra exposure from being a candidate in a presidential election.

During the election campaign, along with much of the mudslinging, there was a show I sometimes watch that was working hard to ensure their candidate won the election and used every opportunity to slam Donald Trump. I admit, I was surprised when he won the Republican party nomination and had my doubts he would win the election. But there was that hunch that he just might pull it off and surprise the hell out of everyone, even though he was statistically out of the winner’s circle. This show I mentioned happens to be The View, hosted by Whoopi Goldberg along with some other women. Even though I thought like many others that Donald Trump would be a bad choice for president, the way the panel on the view was slamming him and putting Hillary Clinton on a pedestal wasn’t fair. There was controversy around Hillary Clinton as well, but the panel on The View minimized the severity of it and made it seem that what she did with the private email servers was justified. If anything, I couldn’t wait to see the panel on The View the next day after the election and their star candidate lost.

Speaking of the election night, the person who seemed most surprised at the win by Donald Trump, was Donald Trump himself. He didn’t seem excited and actually seemed somewhat saddened by the fact that he had won. He actually seemed to be in disbelief and it was one of the first times he wasn’t making himself out to be better than everyone else. His wife and family members also seemed to be in disbelief.

Some of the things Donald Trump has said and done since being elected certainly are different from other presidents have done over the years, but seem to be in line with how he has conducted himself in the past. His actions may not seem just for the President of the United States, but they don’t seem surprising to myself. I predicted when he won the election that he would not make it through his first term and would be tossed out or pay the ultimate price for his role as president. There may be some damage before his time as president ends that may affect several countries, but I don’t see Donald Trump finishing his first term, let alone a second term as he has indicated would happen. He may have won the electoral college votes, but he did not win the popular vote, but elections are often not decided by the popular vote.

There are many who think that Donald Trump is not mentally fit to serve as president, but so far he hasn’t done anything that is out of line with his character. He says and does things that seem out of the ordinary for a politician, but he is a businessman and not a politician and his step into politics started at the very top with no experience on how the system works. Given his inexperience in politics, you can’t expect him to be as polished or diplomatic as someone who has spent most of their lives in the political arena. Will Donald Trump make it to the end of his term? I don’t see it, but then again he has been able to surprise many of us with his progress to date. He will probably do many more things that cause many to shake their heads. Perhaps if he does make it to the end of his term he will have gained more political knowledge, but I think his efforts will always be focused on what matters most to him and that is putting money in his pockets through his various businesses. 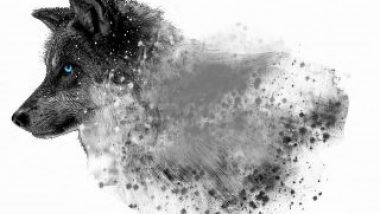