It looks like culprits are back at it in Ottawa with another incidence of a hate crime[clickToTweet tweet=”West end mosque in Ottawa becomes the latest in the city to be a victim of a hate crime.” quote=”On GPJOA.COM – More Hate Crimes in Ottawa”][social_warfare]. During the overnight or early morning hours of Tuesday, someone put white supremacy posters on a mosque in the west end of the city. This unfortunate event happened just one day after the one year anniversary of the shootings at a Quebec City mosque that claimed the lives of six men. Ottawa Police are now investigating the matter and hopefully they will find the person or persons responsible for this and lay the appropriate charges.

One would think with all the media attention and education that hate crimes would be a thing of the past, but they are still around and there doesn’t seem to be any indication they are going to end anytime soon. In Ottawa, hate crimes actually increased between 2015 and 2016 and this seems to be a trend that is occurring across the country. Many may think that hate crimes are something that only now occur in the southern United States, but they can and do occur almost everywhere. It needs to be understood that there is a difference between hate speech and hate crime laws. Hate crimes are typically criminal acts which are motivated by a bias against one or more social groups. Hate crime may involve criminal assault or harassment against someone or against a group as in the case of damaging or destroying property. Hate speech is a category of speech which has been deemed criminal. To me there doesn’t lie much of a distinction as both appear to directed towards a person or group of people because of what they may be or what religion or beliefs they may hold.

There are some people who believe that a person’s religion makes them a criminal or someone who is going to attack them. This is ridiculous thinking as there are good and bad in all religions and what denomination or religious beliefs one has doesn’t make a bit of difference in my view. There are nut bars out there and they come in all stripes and varieties. Charles Manson made up his own religion and look at the people he was able to attract and the damage they inflicted at the hands of his leadership. There are many who believe the world was rid of pure evil when he died last November. When you look at the cause of most wars, religion is high on the list and there are still many issues in the world due to differences in religious beliefs. It was just a short time ago that US President Donald Trump declared that the United States would recognize Jerusalem as the capital of Israel despite the possibility that such a declaration could promote anti-American protests and violence. Israel and the Palestinians have been in dispute for as long as I can remember with many attempts being made over the years to bring peace between the two.

There are always going to be those that don’t agree with someone’s views or beliefs and that’s fine. You don’t have to like everyone or what they stand for and I don’t think anyone expects such. It’s the differences we have that make us individuals and the world would be unbelievably boring if everyone was the same. But even if you don’t like someone, you should still show them respect and expect the same in return. I don’t like everyone and think some people are nothing less than dicks and I’m sure there are many who think the same of myself. I have friends who practice faith in various religions and I respect their right to do so. Just because they may have come to Canada from a country with high crime rates also does not make them a criminal. Could governments do better in preventing criminals from entering countries they are trying to move to? They definitely could do better and unless someone can provide complete documentation, they should not be allowed into the country. In this day and age, we should be at a point where digital records are the absolute minimum governments are utilizing. In most cases, digital records are more cost efficient and can be easily stored and made available electronically anywhere there’s an Internet connection. There may be countries that haven’t been able to update records and in those instances paper records will need to be used. If a record can’t be produced, then countries should be on the defensive and implement measures to ensure their citizens can be kept safe while providing a safe environment for those who may have had to flee their home countries for safety reasons.

No matter what the situation may be, there is absolutely no reason to attack a church or mosque with hate literature and propaganda. Those who are involved in hate crimes should be prosecuted to the fullest extent of the law when they are found guilty of such crimes and have to successfully complete enhanced versions of diversity training as part of their sentences. Life is hard enough for most without having to deal with people who think their views and life choices are the ones that all should follow. 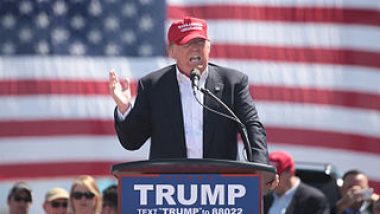