Well, here we are the day after marijuana became legal in Canada. We have been inundated for the last several months on how the legalization of marijuana was going to make Canada the much better place it was always meant to be. Personally, I think that is a major load of crap that is being spread thick and heavy by our federal government. Let’s face it, the main reason the Trudeau Liberal government wanted to legalize pot is, so they can bring in even more tax dollars to finance more debt. It’s not like Canada is debt-free or even remotely close to be a debt-free nation. However, the federal government has stated that legalization will ensure that there is a much safer product available for users and that those users will not be minors as the government will take appropriate steps to ensure marijuana is only sold to those who are over the age of 19 years. Legalization will also mostly eliminate the black market where many are now buying their weed. I’m certain that none of these improvements will happen. There will still be kids buying pot from dealers who live near the schools and the product they sell is going to be just fine, because if it wasn’t, people wouldn’t be buying it and would go elsewhere for their weed and hash. 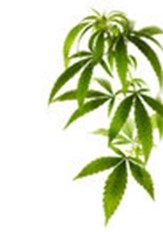 As of October 17, 2018, recreational use of marijuana is now legal in Canada. If you’re thinking that you can now have bales of it in your home for those times that supplies may dry up, like has happened to beer in the past, you would be mistaken. For individuals, the amount allowed as personal possession is limited to 30 grams, or just over an ounce for those old school people out there. Come to think of it, when I was going to school back in the 70’s when we in Canada were first introduced to the metric system, most of us already knew how many grams there were in an ounce and the fractions of said ounces. Most pot was sold back then in quarter ounce bags, or in metric, 7 grams. You will also now be allowed to grow your own plants as well, if the number of those is not more than 4. How the federal government plans to regulate this is one I haven’t heard yet. Here in Ontario, the only place you can now legally purchase marijuana is online. I can just imagine people gathered around and they decide they want to share a joint, but nobody has any on them. So, they take out their phone, head to the Ontario Cannabis Store and order some pot and then wait the 3 days for it to be delivered. How is only having the product online going to take current pot dealers out of the picture? Other provinces have allowed stores to open where you can purchase the product and actually see it before you decide to buy it, but the largest province in Canada has decided to make it available online only.

Former Drug Dealers Will be Fine

If the federal government thinks that making pot legal is going to end the trade of former pot dealers, they couldn’t be more wrong. Drug dealers won’t be going out of business anytime soon and I doubt there are many who are worried that the government is going to take away their current customers. Look at the current situation with tobacco and how many contraband cigarettes there are out on the streets. Here in Ottawa, I would guess that more than 40% of smokers are getting cigarettes from sources other than those who are legally permitted to sell them. Drive across the border from Cornwall, Ontario into New York State and down I37 through Hogansburg, NY. There is building after building advertising cigarettes for sale at prices that amount to pennies on the dollar compared to stores here in Ottawa that are selling cigarettes at the retail level. The same goes for cigarettes that can be bought in Oka, QC, which is also a short drive from Ottawa. People will take the risk to buy contraband cigarettes because they are considerably cheaper than paying the $12 or so per pack that most retail stores are selling them for. Do people care that the cigarettes they are buying may be unsafe and not have the fire protection built into them that government approved cigarettes have? That’s very unlikely given the number of contraband cigarettes that are being sold each and every day. People can buy a carton of contraband cigarettes for less then what they would be able to buy 2 packages for in a retail store. And with each carton of contraband cigarettes sold, the government loses tax revenue that by some estimates is about a billion dollars per year for Ontario alone. If current drug dealers are providing a viable product and they are providing pricing that is less than what the government is selling for, they will stay in business.

But Children Will be Safer

Do you really believe that? I know the federal government is touting that as a priority in its decision to legalize marijuana, but there will still be teenagers getting pot like they always have been able to in the past. There will still be dealers that will be selling to that segment of the population because they know there’s a market there. Drug dealers and black markets have in existence since the beginning of time and will continue to thrive. If anything, most black markets have become more refined in how they do business and now use many tactics that legitimate businesses use so that they can compete and get a share of the market. In the end it all comes down to cost and quality and the entity that can provide the best value for the money will succeed in owning most of the market. People who think or believe the hype that their kids won’t be able to buy weed anymore because the government says that only those over 19 can buy it, need to get that foolishness out of their heads. Anyone who has been following some of the news around the legalization of marijuana may have heard the stories of pets ingesting marijuana and that vet visits are up substantially because of it. People thinking that marijuana becoming legal means they can leave it out anywhere and then their dogs end up eating it. By the way, marijuana is not good for dogs or cats and can make them quite ill.

The Problems are Just Starting

Marijuana has been legal in Canada for a day now and there are probably more questions now than there ever were. Even though it is now a legal product, there are many restrictions on its use and where you can and cannot use it. If you do happen to carry pot in your vehicle, don’t get caught lighting up a joint or it will cost you more than you thought. Police in Manitoba and Ontario have already handed out tickets for those caught smoking pot in their vehicles. There is also the issue of those who were previously convicted under former laws for possession of marijuana and if those convictions will be overturned with the current change in legislation, and how long it will take to have those convictions overturned. There is also the issue with edibles and how they will be regulated and when they will also be allowed, as currently, they are not covered in the new legislation. One thing I’m fairly certain of, there are many who don’t agree with the change in the cannabis laws and with many other issues that should be taking precedence, we have a federal government who is more interested in legalizing a substance to gain more tax revenue without thinking of the costs involved long-term of that decision.

If you have any comments on this or any other posts, please leave them in the box below.

Should You Buy a Guitar Online