It’s been a couple of weeks since I’ve posted anything. February has been a busy month, especially with the Winter Olympics, which are a must see if you’re Canadian. For those who don’t live in Canada, it’s believed that we have snow 8 to 10 months a year and rarely see the thermometer go above 0°C. With the cold weather and abundance of snow, we should naturally do well in the Winter Olympics. These past games did turn out to be quite successful for Canada and we managed to come away with 29 medals and third overall. Norway and Germany finished ahead of Canada with more medals. These games were the most successful ever for Canada and we should all be proud for the efforts and achievements of our athletes. 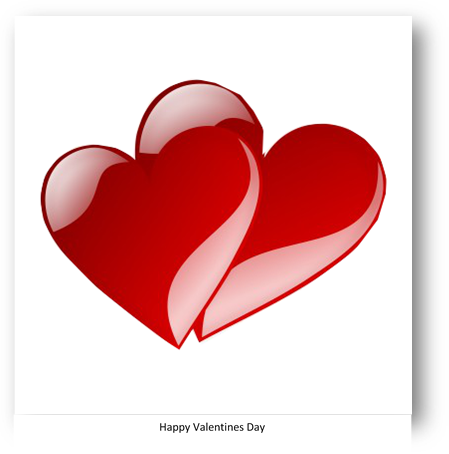 There has been a fair bit of animosity online regarding the outcome in a couple of events that many thought Canada should have won gold for. Our women’s hockey team was unable to successfully defend their gold medal from the last Olympic games. They did manage to bring home the silver, but many thought that wasn’t good enough. The same can be said about our women’s curling team who were defending champions from the 2014 Winter Olympics. Certainly, Canada has excelled at both sports over the years and we probably had the largest pool of athletes to select from during that time. I don’t think that our teams have gotten worse over the years, but that other countries have become more interested in those sports and the pool of very good athletes has increased. I remember when women didn’t play hockey in Canada and the closest game women had was a game named Ringette. The game of Ringette is somewhat like hockey but does have some major differences. Canada was one of the first countries to introduce women to the game of hockey and had the jump on others when women’s hockey was made an event in the Olympic games. The same can be said about curling, with Canada having many players who participate in the sport recreationally. Over the years, other countries have been able to improve their games to get to the same level that once only Canada was able to achieve. Our women’s hockey team should be proud to have won the silver medal despite the opinion of others that gold would be the only accepted medal for our team. Most should understand that it was only to be a matter of time before other countries would catch up to Canada in terms of talent on the playing field, or ice as the Olympic games provided. It should also be noted that other countries have enlisted the expertise of former Olympic champions to aid their current teams in those sports and help them attain the levels to make them true competitors. In the case of curling, one of the coaches for the United Kingdom was a Canadian who knows what it’s like to compete at the level of the Olympics.

Other events that took place in February include the school shooting that took place on Valentine’s Day just outside Boca Raton. Once again, an assault rifle was used in the mass shooting and the shooter was able to kill 17 people before he was stopped by police and taken into custody. These shootings in the United States are happening far too often and there needs to be something done to end these senseless slaughters of innocent people. President Donald Trump has indicated that his administration will make changes to the current laws and implement changes that will help prevent such tragic events from happening in the future. One of his suggestions is to arm teachers and provide them with the training to stop a shooter should one enter a school and try to inflict harm on others with a weapon. I can’t begin to say on how many levels this is just a very bad idea. I will be creating a post on this issue soon.

And of course, how can we not include our globetrotting Prime Minister who recently took his family for a work vacation to India. Of course, this trip was once again funded by the Canadian taxpayer. Taxpayers even go to spring for the Prime Minister to bring in his own chef from Vancouver as there obviously was no chefs available in India that could have prepared meals for the family. Throwing $10,000 out for some plane tickets so you can enjoy a burger cooked by your favorite chef is something we all routinely do in our day to day lives. Once again, Justin Trudeau bumbled his way through another visit trying to get some additional business into Canada and comes away looking like a fool. Clearly his office staff are unable to properly execute an itinerary and have the Prime Minister properly dressed for the business he is there to accomplish. I’m not sure why he was dressed in the clothing he was, but I’m sure that many of the citizens of India were glad that he isn’t their government leader. I would think that many of the residents of India were also quite insulted by Justin Trudeau’s use of their traditional dress. And what was with that dance he did out onto a stage at an event he and his family were attending? Once again, Justin has proved himself as an ineffective leader and more an embarrassment to the Canadian people. I will be posting more on that trip soon as well as I’m sure there are many who are just as curious as myself as to what this trip cost the taxpayers of the country and what was actually accomplished.

We also have the fiasco in Ontario regarding the Progressive Conservative Party and the run for the leadership of it. The previous leader of the party Patrick Brown, had some allegations made against him by a couple of women and as we are all to aware, such allegations in the #MeToo era will get you in a load of trouble in the court of public opinion. No longer is one able to defend themselves in a court of law when such allegations are made. Now you are automatically guilty until you prove yourself innocent. Patrick Brown has launched a lawsuit against the Bell television station, CTV, and has not indicated how much he is suing for but did state that it would be a number with lots of 0’s behind it. I guess we will have to wait and see how the leadership battle turns out as well as the lawsuit against CTV. I will keep that story updated as well in the coming weeks.

That’s all for now. I hope that all enjoyed the Winter Olympics and are looking forward to the first day of Spring, which officially arrives in three weeks. As always, leave any comments you may have regarding this post or any others.