The Downside of the #MeToo Movement

By now just about everyone on the planet that has access to a television or radio has heard of the #MeToo campaign which promotes ending sexual assault and harassment in the workplace. I applaud such an initiative as I believe there should be no harassment of any type in the workplace and certainly no assault of any type. We’ve heard the stories of Hollywood heavyweights who used their stature in the entertainment business to have their way with women who were hoping that such actions would advance their careers. One of the stories we’ve probably heard the most is that of Hollywood film mogul Harvey Weinstein back in October of last year. Actresses Rose McGowan and Ashley Judd came forward with allegations of sexual abuse by Mr. Weinstein and those were followed by several other actresses. The allegations against Mr. Weinstein included him forcing women to massage him and walking around naked in front of them. He also promised to help advance their careers in return for sexual favors. Mr. Weinstein offered apologies and acknowledged that he had caused pain for those women, but he disputes the allegations that he harassed female employees for almost 30 years.

Abuse of Power and Authority

We next heard of another high profile celebrity, Kevin Spacey, who allegedly made an unwanted sexual advance towards actor Anthony Rapp, who was just 14 at the time. Oscar winner Kevin Spacey now is being investigated for a third incident which was brought to the attention of the police this past December by a man who alleges the actor assaulted him back in 2005 in Westminster. When the allegations towards Kevin Spacey came out, it wasn’t long before he was removed from the cast of his show “House of Cards” and the new movie “All the Money in the World”. In the case of the new movie, a replacement was found and all the scenes that Kevin Spacey was in were shot over with the replacement. Soon after the allegations began a new movement came about on social media with the hashtag #MeToo being used by those who were coming forward to tell their stories of sexual abuse and harassment. Some of those accused of sexual abuse apologized for their behaviour and some entered rehab centers or sought professional help and made such steps public. There were also many who have been accused of wrongdoing who have denied the allegations made towards them and have countered that the accuser is misrepresenting the truth. One common theme in many of the allegations is that those being named as committing these crimes have not been provided the opportunity to tell their side of the story and many of those accused have had their reputations and careers ruined because of it. And therein lies a major problem.

What Happened to Due Process

For those who have had allegations made against them and have come back and acknowledged their wrongdoing, having their jobs terminated and legal charges made against them is fitting. But for those who have had such allegations made against them that they state are incorrect to have their jobs terminated before given the opportunity to defend themselves is wrong. It seems that a day doesn’t go by anymore where we don’t hear of someone else being accused of sexual assault and some of these alleged incidents date back decades. And then there are those who are being accused of sexual misconduct who don’t understand what they did wrong as they believed they were just being friendly when they brushed their employees arm. Not all the allegations are against men who may have committed acts against women, there are also allegations against women as well as men who sexually assaulted other men. There are numerous allegations being made and there are some people who are simply getting tired of hearing such stories and there are many who 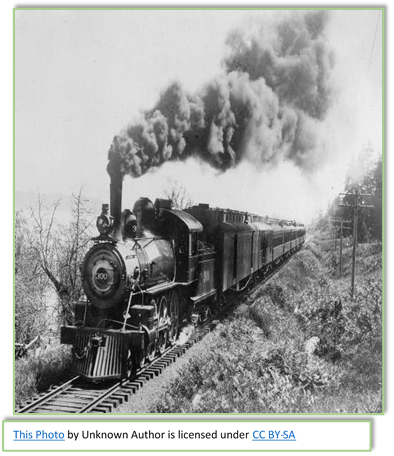 There also seems to be some misunderstanding of what assault is and we have been hearing stories of someone brushing the arm of an employee and that is somehow being understood as a sexual advance. Technically, assault is defined as someone touching another person without their consent, but law enforcement and the courts typically don’t enforce a case of one person touching another, but that doesn’t stop someone from making such an allegation. What’s to stop someone from making an allegation towards someone because they may not have liked something they said or did, or as a means of revenge for whatever reason they may have. I was raised to never touch a woman without their express consent, and that is one thing that has stuck with me through the years. I would never have thought about using my position in a company or any other entity as leverage with a woman. There are also those people who will touch the arm, shoulder, or knee of someone while they are conversing and not realize that may be offensive to some. It seems quite possible that such touching could be taken out of context and seen as a sexual advance by some. With the large number of allegations being made by women, men in positions of authority will have to be on guard of what they say or do in the workplace. This could just as easily be an issue for women in positions of authority, but regardless of gender, managing people will be like walking on eggshells and never knowing when someone may not like a decision or task you assign and make an allegation against you. Given the current way of dealing with such allegations, you will most likely be terminated or suspended without being provided a chance to give your side of the story. That to me is the most troubling aspect of this current movement where those who are being accused of improper behaviour are not given due process to defend themselves should the allegations be false or there be a misunderstanding of what took place. I’m certainly not condoning sexual assault or harassment in the workplace or any other place, but we have systems in place and a person’s career or reputation should not be taken out from under them without due process being done. We don’t throw someone in jail for life when an allegation is made that they committed a murder, or they may have trafficked or sold drugs. We give them the opportunity to defend themselves in court and they are presumed innocent until proven guilty. We need to exercise the same rights for those alleged of sexual assault in the #MeToo movement.

Going Off the Tracks

Over the last few months, the #MeToo movement has been like a train rolling down the tracks and picking up more and more speed. Continuing along the same trajectory as its now going, it won’t be long when that fast-moving train goes off the tracks and there is a major train wreck. As with any type of wreck, there will be casualties and people will be hurt and we will have a situation that will not be able to be undone. People need to step back and slow things down and make very sure they have their “I’s” dotted and “T’s” crossed with no inaccuracies or errors. People who have committed crimes need to be held accountable for their actions, but we can’t let this movement be one where people in positions of authority have allegations made against them because someone didn’t like a decision made against them or a task assigned to them. Someone who may routinely touch someone’s arm or shoulder when they are having a conversation should not have to be worried that such actions may be deemed as sexual advances. I was taught as a child to keep my hands to myself, so I’ve never understood why someone must be touching your arm or shoulder when they are talking to you, but I have seen it numerous times, so I know there are those who don’t even think about such actions while they are doing them. But we are now at a time when we need to be very careful on what we say or how we use our hands or even look at someone for that matter. Looking at someone in a way they deem inappropriate can get you into trouble these days. I’m not sure where we are headed as a society, but it doesn’t look like we are heading in a direction that is going to make us more trusting of our neighbours or coworkers.

As always, leave a comment or suggestion on this or other posts.