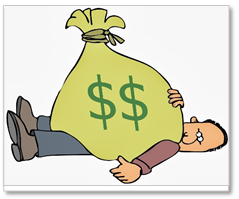 It’s been a little over a week since the new minimum wage increases took effect in Ontario. The governing Liberal party decided some time ago that it would raise the minimum wage in the province to $15 an hour and that this increase would be raised in increments and be fully in effect in January 2019. This past New Year’s Day saw the first increase with the minimum wage rising to $14 an hour from $11.60 per hour. There are many who feel the Liberal government decided to implement such a wage increase to help them get votes for the upcoming election which will be taking place in June.

How is the Minimum Wage Determined?


Previously, the increases to the minimum wage was calculated using the rate of inflation. This is the method most governments use to determine what the minimum wage will be and how many percentage points it will raise by at any one time. Ontario’s premiere, Kathleen Wynne decided that the minimum wage earners in the province were not earning a living wage and that needed to be rectified. While raising the minimum wage to $15 an hour is going to be very appealing to those currently earning minimum wage, this large increase hits the bottom line of businesses extremely hard and for some businesses it will force them to close their doors if they are unable to remain profitable with the increases. The increase which occurred on January 1st of this year represents a 21% increase in labor costs for employers and there is an additional $1 per hour increase to occur next January.


Many businesses have decided that they need to take measures to help offset the large increase in labor costs that have been forced upon them. Some businesses have frozen employee hours or cut hours back and some have cut benefits and eliminated paid breaks. A Tim Hortons franchise is one such employer that has cut paid breaks and eliminated paid breaks. Here in Ottawa, many restaurants raised their menu prices a few months back and made it very clear to customers that they had to adjust help cover the increased labor costs that were about to take place. Some experts determined the wage increases would shift over $5 billion into the pockets of workers and away from business profits. Some of those same experts are also suggesting that the increase in wages could result in over 42,000 jobs being lost by the end of 2019. Many of these jobs will be lost at the expense of the minimum wage workers the increase was meant to help.

Will the Increase Make a Difference?


I’m not an economist, but I don’t think in the long-term this wage increase is going to help minimum wage workers. When you raise the minimum wage, the additional revenue streams to cover the additional payroll has to come from somewhere. Businesses must raise their prices to maintain their profit margins and pay their employees. When wages go up, so do the cost of benefits which the employer typically has to absorb as well. There is also the associated increases in Employment Insurance premiums and CPP premiums, which are shared by the employer and the employee and based on the amount of income an employee earns to a maximum yearly deduction amount. For employers this year who just saw the minimum wage increase by 21%, they can look forward to also paying considerably more to the government for Employment Insurance and CPP. Once all the costs are adjusted to make up for the minimum wage increase, those minimum wage workers will likely be back in the same boat they were before the increase because their earnings will be worth much less as they will have to pay more for products and services like everyone else. With the minimum wage, it’s just a vicious circle that keeps coming back to the start.

What About Workers Earning Over Minimum Wage Now?


How will employers deal with the situation of current employees who are earning about minimum wage at the time of the increase? For example: How would an employee who is making $13.75 an hour before the increase be compensated after the increase? Will they be getting $14 an hour like others working for the same employer who were making minimum wage before the increase? It’s going to be a difficult situation for many employers and I can see where many employees are going to get laid off due to employers being unable to meet the large monetary increases they are seeing in labor costs. We are already seeing some resistance to the wage increases and there have been requests on social media for people to boycott Tim Hortons because the restaurant is taking measures to offset the large increases in wages it must pay to its employees.

In the end, it’s just going to mean higher costs for everyone when they go to pay for goods and services. The ones who will be hit the hardest are those on fixed incomes who have no way to offset the additional costs they are going to see after the minimum wage goes up by 27% in just over a year. Many on fixed incomes have their incomes indexed to the rate of inflation and the cost of living. The poor are going to be even poorer and we should see homeless rates go up considerably once this wage increase is fully implemented, and we see the cost increases associated with it finalized on goods and services. A few years from now, those earning minimum wage will be right back in the situation they were in before the current wage increases took place on New Year’s Day.