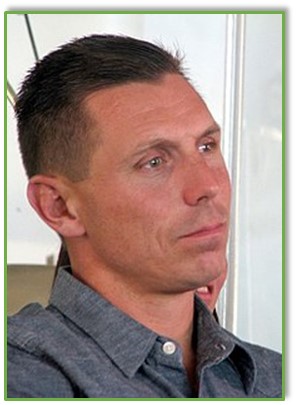 Earlier this week news broke that two women had come forward alleging sexual misconduct by Ontario Tory leader Patrick Brown. Once the allegations were made, the wheels on the train started rolling faster and faster, and it didn’t take long before the decision was made that Mr. Brown should resign as leader of the Ontario Progressive Conservative Party, which Mr. Brown at first declined to do. Within the same day, Mr. Brown did take the advice of others in the party and did formally resign as leader of the party, but will remain on as MPP for the riding of Simcoe North. Mr. Brown has vehemently denied the allegations made against him and has vowed to defend himself and fight these allegations. It didn’t take long once the allegations were made public that the court of public opinion had Mr. Brown essentially made guilty of the crimes before any charges have been laid by police or court dates scheduled.

The Power of Social Media

Other political leaders have come forth and made comments regarding the allegations made against Patrick Brown and have expressed their gratitude towards the women making the claims at how brave they are and the courage that was needed to come forward with such information. No doubt, no one should be placed in a situation where sexual assault or harassment can occur or feel they must perform a sexual act to keep their jobs. There have been numerous allegations made over the last few months and the #MeToo campaign has given many the courage to come forward with their stories and put the spotlight on the people who allegedly committed those crimes against them. I use the word “allegedly” as I will make the presumption that those accused of such crimes are considered innocent until proven guilty. I wrote a post earlier regarding the #MeToo campaign and concerns of how it could be used as a means of revenge and how it could put employers in precarious positions. I don’t condone such behaviour and if these people are found guilty, they deserve to be punished to fullest extent of the law. But for many the allegations are being made against, the court of public opinion is condemning them before the legal system ever becomes involved and for many of the alleged perpetrators, their careers and character are forever ruined and even if they are found by a court of law to be innocent of the accusations, they will never see their lives return to what they were before the allegations.

Is Our Legal System Fair?

For those who do come forward to confront those who have committed sexual assault or harassment against them, it will not be an easy ride for them or the persons they are making the allegations against. Good lawyers will often turn the tables on those making the allegations and have it seemed that the acts committed against them were consensual. I’m not sure what can be done to effect changes in the legal system in this regard other than redefining the term consensual and what can be construed as assault. We’ve all heard about or seen cases made against those charged with rape, sexual assault or harassment thrown out of court or the woman who the assault was committed against be made out as someone who is dishonest or promiscuous and had consented to the activity. It wasn’t that long ago that here in Canada we all became aware of the allegations made against radio and television personality Jian Ghomeshi, where several women came forward with several allegations of sexual assault and harassment. The allegations subsequently led to charges being laid against Jian Ghomeshi, to which he pled not guilty. His trial began in early 2016 and on March 24, 2016, he was acquitted on five of the charges. On May 11, 2016, the Crown withdrew the last charge after Jian Ghomeshi signed a peace bond and apologized to his accuser. Despite the allegations being made by multiple women and their stories being very similar in context, Jian Ghomeshi was able to walk away without a criminal record, which left many with doubts about the legal system and how ineffective it was in this case.


In the case of Patrick Brown, there have been people coming forward to say his behaviour was questionable regarding his interactions with women. MPP Lisa MacLeod stated she had brought concerns about the behaviour of Patrick Brown to the campaign team “two or three times,” last year. She also indicated she was not surprised that such allegations had come forward. There will certainly be those who will be questioning the timing of the allegations given the upcoming provincial election this coming spring on June 7th. I expect there may be some insinuations that there may be some collusion on the part of Kathleen Wynne and to take some of the attention away from her during the upcoming campaign given some of the issues that have plagued her and the Liberals over the course of their tenure as the governing party in Ontario. We should expect to hear more about these allegations over the coming weeks and months leading into the campaign and I’m sure we will hear more allegations regarding the timing of these allegations against Patrick Brown and the women who have made them. I suspect the provincial election campaign is going to involve a great deal of mudslinging. 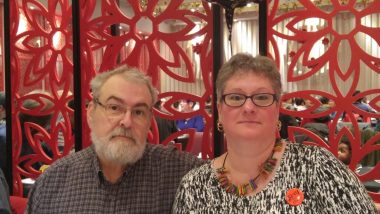