It hasn’t exactly been a great start to the New Year in Ottawa regarding shootings in the city. We aren’t even a month in and there have been 11 shootings with 2 deaths and a total of 6 victims to date. And it appears that there are no areas of the city that are immune to such criminal activity. The shootings are often related to criminals involved in drug activity or other serious criminal offences, with weapons often being used for personal protection, retribution and to intimidate other criminals. Police believe the shootings are all targeted and those intended targets who are questioned by police are not giving any information. Police are hoping people who may witness these shootings will come forward and provide information. Ottawa Police are also working with the Ontario Provincial Police in hopes they can exchange information and perhaps make some arrests. 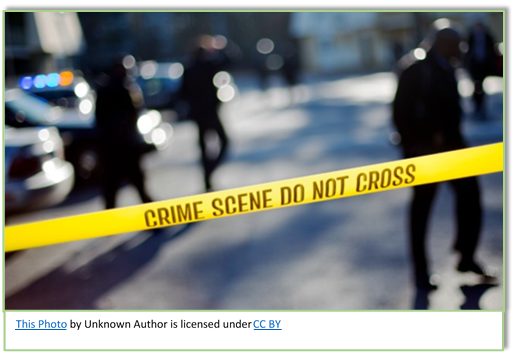 
The problem with most of these shootings is how brazen they are and how the shooters have no regard for innocent bystanders. In a shooting recently on Claremont Drive in the city’s east end, it is believed the perpetrators drove onto the property where most people live in townhouses and then opened fire on a unit. Unfortunately, they ended up putting bullets into three units with one of them being rented by a senior citizen. The woman was luckily out of her unit at the time of the shooting and the bullets traversed the area she most often occupies while watching television, which is where she spends most of her time. Had she been in her chair at the time of the shooting, she may have been seriously injured or killed. Not only is there the issue of innocent bystanders who could be seriously or fatally injured, there is the property damage that occurs when these shootings take place that someone must lay out money to fix. In this instance there were bullet holes through doors and windows that will require replacement. As with most residences these days, there is a video system in place, but let’s face it, most of the systems installed today do not have the resolution to make positive identifications at a distance and even less so when it’s dark and there isn’t sufficient light to enhance the details. No doubt criminals know the shortcomings of these systems and systems manufacturers should be working on systems that are usable for what they are being made for. As someone who looks after security for our area and is the administrator for our video system, I can attest that the systems out there are not very good, especially at night when most crimes take place. We had some incidents of vehicles being broken into and one car was perhaps 20 metres from the camera and I was unable to make out who it was, despite a powerful floodlight which was putting light on the car making it easier for the criminal to see what he was doing. And after talking with police about the vehicle break-ins, we were provided a business card and case number and told to file the complaint online as the incident did was not important enough to warrant time by the police to investigate further. Apparently, police are too busy working on more serious crimes to spend time on something such as a vehicle break-in.


Last night on the CTV News at 6pm, Ottawa Police Chief Charles Bordeleau commented on the recent shootings in the Ottawa area. He did provide some great information and as usual suggested that if anyone has information on the people committing these crimes, they should contact the Ottawa Police, or they can report the information to Crime Stoppers. Many people are afraid to report such information for fear of retaliation and using a service such as Crime Stoppers allows someone to remain anonymous and protect their identity. What I found interesting in the video with the police chief was how he cited how difficult it was to track down these people committing the shootings and then his comment that these criminals are using technology to find each other to plan out their attacks. It almost sounds like the criminals once again have better technology than the police. If the criminals are using technology to track each other down to commit these crimes, why can’t the police use the same technology to find out where these attacks are going to take place and then intercept and stop them before they occur? The CSIS building is probably less than four kilometres from the Claremont Drive location where a recent shooting took place. The persons doing the shooting clearly knew what they were doing as they left no evidence, not even shell casings. The shooters appeared to have driven in and then shot from within a vehicle, so the shell casings would not be found.


These shootings must be stopped before an innocent bystander is badly or fatally injured. The police need to do a better job of tracking these people down and getting them off the streets. These people don’t care about who may be in the area and only care if they can get the person they are looking for. Any collateral damage is perfectly acceptable to them and only a side effect of doing business. The police need to match the technology the criminals are using and work to cut the perpetrators off before the shooting happens. People who may know who these shooters are should make the call to Crime Stoppers (1-800-222-8477 or text CRIMES 274637 and use keyword “tip252”) and get these people off the streets before innocent people become the victims.