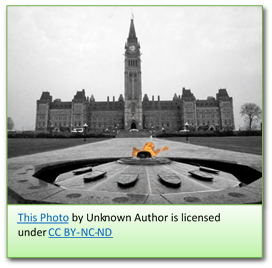 Late last month it was reported that the Christmas vacation Prime Minister Justin Trudeau and his family took to Aga Khan’s personal island in the Bahamas violated ethics rules. I recall hearing about this trip shortly after it occurred and was wondering at the time how it could not have been a violation of rules. I remember when I was quite young learning about politics in school where rules about what politicians could accept was explained. It seems to be just common sense when it comes to politicians accepting gifts beyond the traditional Christmas or birthday presents shared by family members. Accepting the gift of a vacation from someone could surely be a way to get something from the government. In the case of Aga Kahn, the Prime Minister should have been very aware of the dealings Mr. Kahn had with the federal government. Even if the trip was organized by Mr. Trudeau’s wife, he should have known that accepting the vacation for his family was a violation of ethics rules.


In any event, this matter has come up many times in the year since the vacation was taken by Mr. Trudeau and his family, but it has never been clear until recently if any rules had been broken. So now the Ethics Commissioner has released their findings into the vacation and how it was in violation of rules set forth for politicians. In July 2015, the federal government provided a $15 million grant to Global Centre of Pluralism which is led by Prince Shah Karim Al Husseini, who also owns the private island Justin Trudeau and his family visited for Christmas. During the family vacation to the island, the family had access to a private helicopter which was used to access the island. The Ethics Commissioner found that Mr. Trudeau violated 5, 11, 12 and 21 of the Conflict of Interest Act. It also came out that the vacation cost $215,000, considerably more than what was initially disclosed.

Consequences for Your Actions


Mr. Trudeau has since apologized for his actions and has stated he will discuss any future vacations with the office of the commissioner to ensure he is not violating any rules going forward. Canadians can feel some comfort in knowing that such vacations on the cheque book of Canadians going forward, but what about the consequences for being caught breaking the rules this time around? This is where I am left scratching my head in wonder as it was determined Mr. Trudeau should have been cognizant of his actions before even making the decision to take such a trip and surely if he wasn’t in the know, someone in the Prime Minister’s office should have known such a trip would be in violation of conflict of interest rules. Mr. Trudeau didn’t have to apologize to Canadians for taking the trip, but chose to do so. Other than the apology, it appears the issue is over and there are no other consequences for his actions. Will he pay back the Canadian taxpayers for a trip they should never have paid for in the first place? That still has not been determined, but we do know the Ethics Commissioner is not imposing any penalties for the wrongdoing. I suppose the opposition parties will be making verbal attacks on the governing party and their leader when the House of Commons comes back after this Christmas break, but other than that, there won’t be any other consequences for breaking at least 4 rules within the Conflict of Interest Act. Being a politician clearly has its advantages and breaking rules with no consequences seems to be top of list. No doubt this will hurt the Liberals come election time, but that is still some time away and most Canadians will have gotten over the indiscretion by that time.


Maybe it’s just me, but I think that politicians need to be held accountable for their actions and certainly when they break the law. The Conflict of Interest Act is in place to prevent such matters from occurring and there should be fines or some other type of consequences in place for when those rules are broken. Politicians should not be taking vacations at the expense of the taxpayers of Canada.

Better Use of Tax Dollars

We have homeless people who struggle year-round to get a meal and a place to have a roof over their heads. This winter has been especially cold, and many homeless people have enduring weather despite warnings that all should stay inside to avoid cold related health issues. There are many other areas that taxpayer dollars should be going to rather than towards a Christmas vacation for a Prime Minister and his family. If I get caught speeding, I expect that I will have to pay a fine and politicians should at the very least be held accountable when they break rules and must pay fines or have other penalties imposed on them. Perhaps when a politician is found to have broken rules they can have their wages for a specified period rerouted to a charity or be given back to the taxpayers as a fine. If they have used taxpayer money to violate rules, that money should automatically be deducted from their wages and given back to the taxpayers. Being an elected member of government or other official should not be a means to taking money that doesn’t belong to you and using it for your own benefit, or a free pass to break the law with no consequences for your actions.